Perched 1,300 metres high above Sion, lies the village of Nax in the Val d’Hérens. This village has adopted the subtitle “Le Balcon du Ciel”, meaning “Balcony of the Sky” as it has the feeling of hovering half way between the plain and the peaks with sky above and below. Near the entrance to the village, there is a panorama viewing point with a magnificent view (both day and night!) of Sion, the valley below and the mountains around. 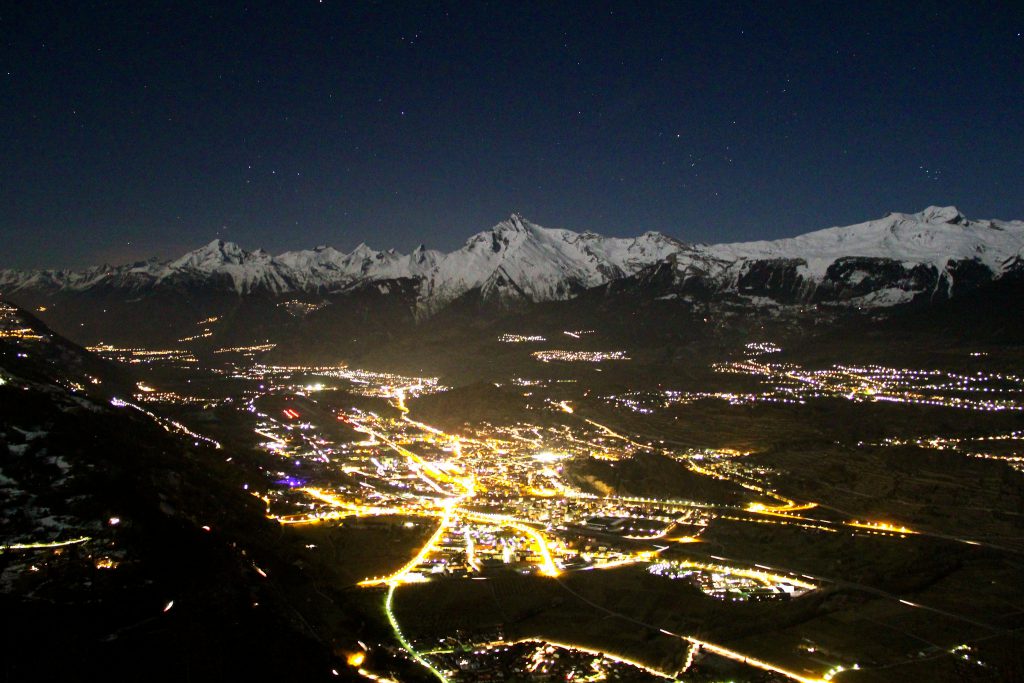 Photo above – Sion as seen from the panorama of Nax

The viewing point is near the top of the Via Ferrata du Belvédère which is open most of the year (apart from when there is snow on the ground, and for one week in May for an annual inspection). The Nax website has details of where to hire climbing gear or even a guide to accompany you on the Via Ferrata.

The village has a small shopping centre with a supermarket, café/ bakery and a hair salon. There is a brasserie (brewery) in the village, a pizzeria and a hotel with a restaurant serving a traditional Swiss menu. At the far end of the village is the Espace Mont-Noble with a café/ restaurant, plenty of sports and an Arts and Cultural centre. In summer there is “Swin-golf”, archery and an area for mountain bikes for kids, whilst in the winter there is ski joëring, snow tubing, cross-country skiing, an ice rink and a small, beginners ski slope for children.

Nax also has its own ski resort where you can ski on all natural snow. The slopes rise to 2600m and are largely north and west facing so they hold their snow well. The skiing has a real “village” feel to it and there is a buvette on the slopes, where the local cheese is made in the summer. 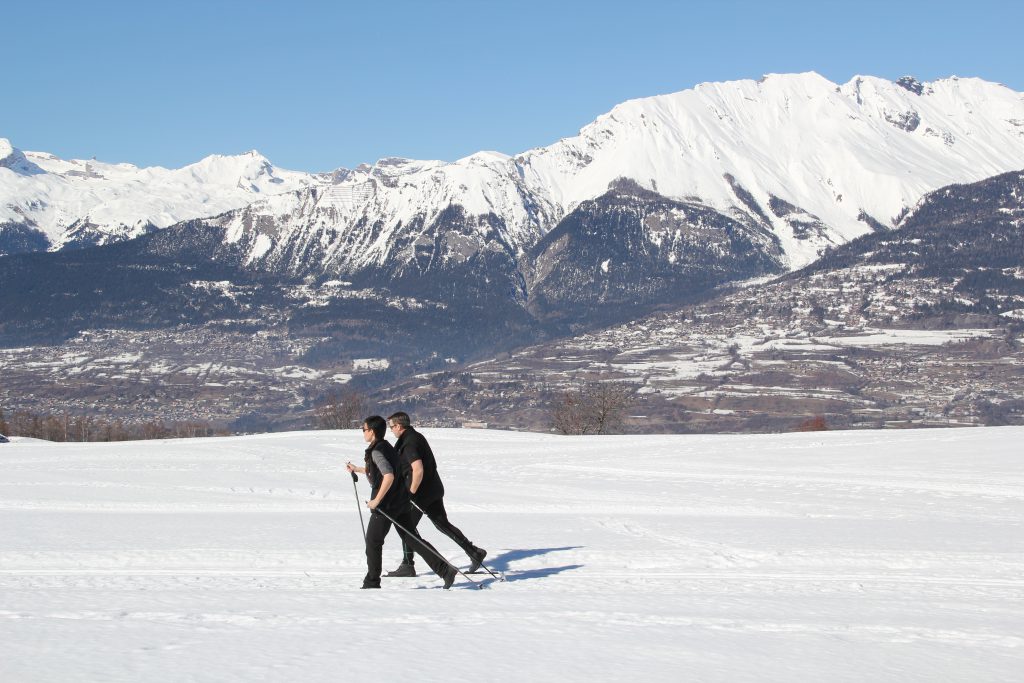 The cultural space and arts centre in Nax is called the Balcon du Ciel. It attracts international artists to perform in this stunning setting high in the sky. There is a rich and varied programme throughout the summer and early autumn including cinema nights, live theatre, music dance and Sunday brunches. 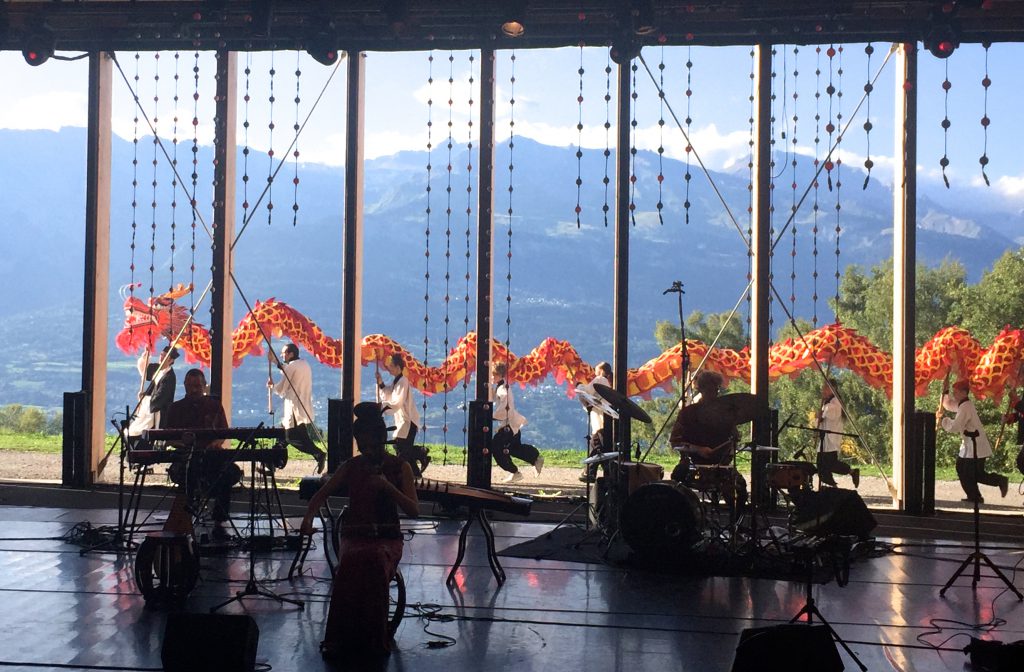 Photo above – The Arts and Cultural Centre at 1,300 metres

There are many traditional Valaisan buildings in the village, many of which are still lived in. 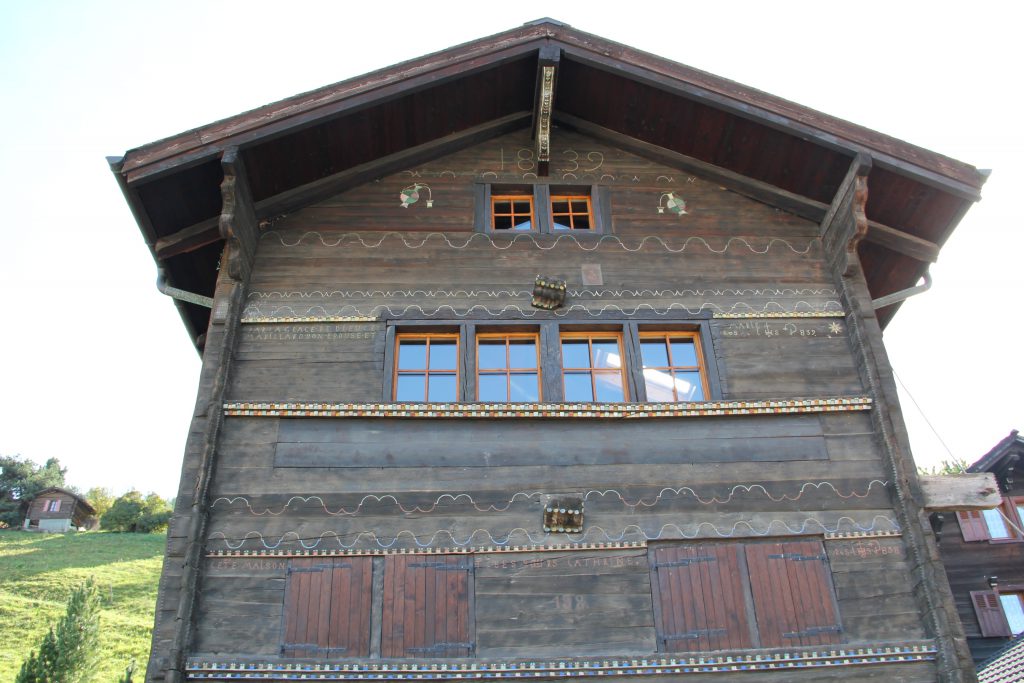 However, the village also boasts a unique hotel made out of straw! This boutique hotel is self-sufficient in energy thanks to solar panels and a wood oven. Along with a magnificent view of the Alps around, it has an on-site restaurant for guests and members of the public (on reservation), a spa and hot tub. It also offers Green mobility with an electric car available for guests (upon request). 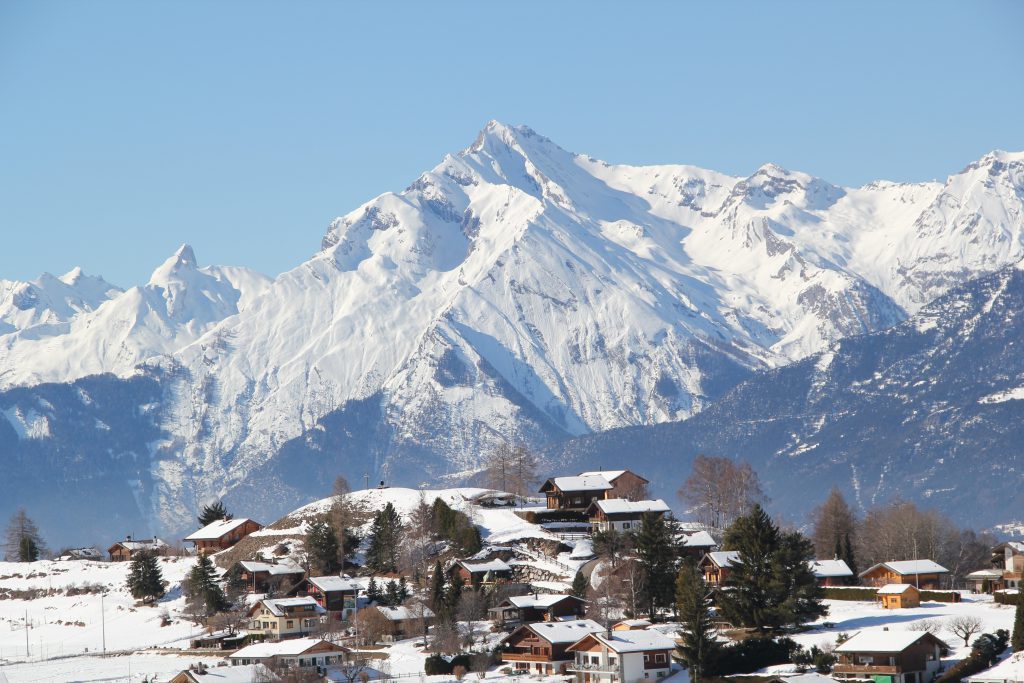 Nax is one of three villages which form the commune of Mont Noble. We will be featuring more on the other two, Mase and Vernamiège, in an upcoming article on this site.